Tod Papageorge has been photographing for the past 40 years but he is mostly better known as an educator and a writer. He edited and penned the introduction to Garry Winogrand’s book Public Relations and has written extensive essays on Walker Evans, Robert Frank, Robert Adams and others. He taught at Yale School of Art from 1979 until his retirement in 2014.

With all of these accolades, ironically, for many years it was rare to actually see his own photography. Other than a few small gallery exhibitions and occasional articles in photo magazines, it wasn’t until 2007 that he released his first book Passing Through Eden.

Published by Steidl, Passing Through Eden is hefty both in its trim size and amount of images. The beautiful reproductions achieve the extended tonal range and luminosity that Papageorge’s medium format negatives provide. A well written essay at the end by Papageorge called “Words For Pictures” discusses not only how the project evolved but also how his life has been shaped by photography and poetry.

Papageorge photographed in New York’s Central Park since 1966. These images cover 26 years worth of wandering in which he found his subjects lounging in the grass and on resting on park benches absorbing ethereal sunlight.

The book’s sequence is designed to metaphorically represent the first chapters of the Book of Genesis (Eden is in the title after all) and one can more or less “read” the sequence as such. Through the 105 photographs we follow the Creation, Man in the Garden of Eden, and Papageorge seems to take pleasure in dwelling on Man’s disobedience to God. Papageorge serves up images of sexuality and lust that are amplified due to the descriptive power of his medium format cameras. Flesh is rendered so seductively on sunbathers that he seems to be tempting our willpower even though we know the penalty. In one image, a slight twist, “Adam” has two “Eves.” 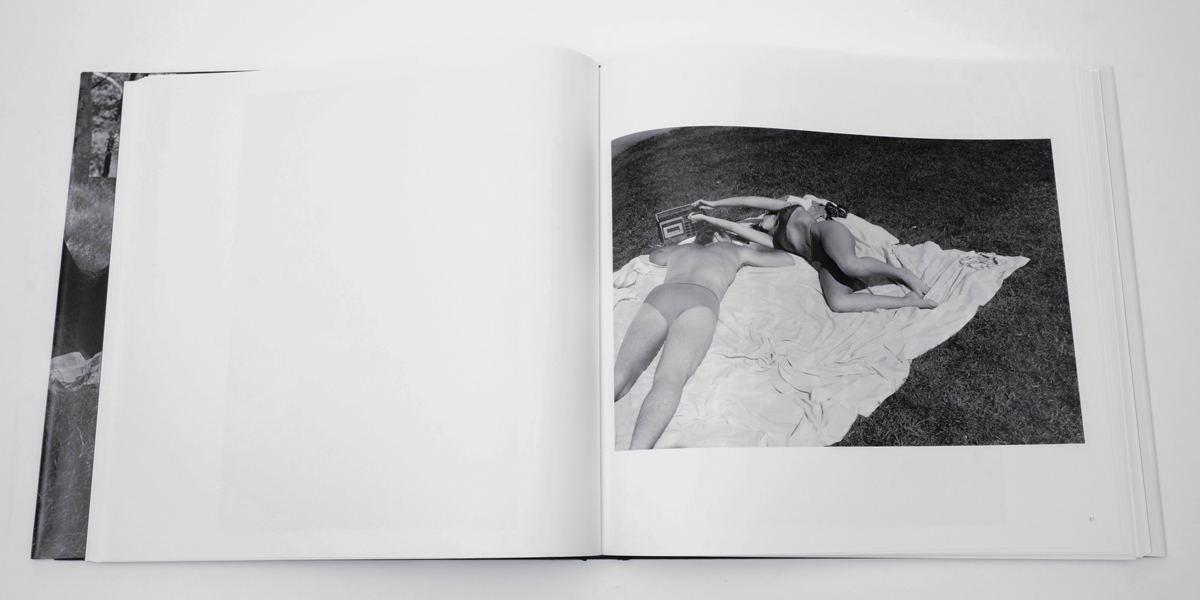 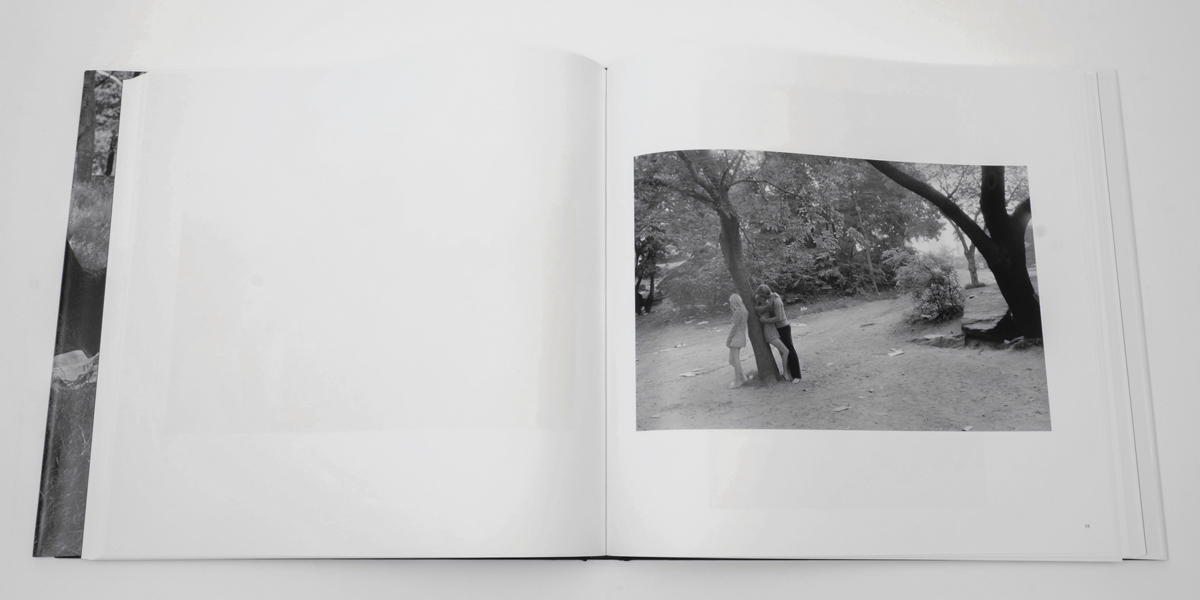 In reference to the banishment from Eden, Papageorge turns a small sequence of four images on their head. Literally reproducing them upside down. They are images of couples lying in dark grass that seems to be absorbing all light and reflecting very little. Seen inverted, the people are tossed around in a weightless and disorienting world. I understand the purpose of this and commend Papageorge for breaking the boundries of design and taking risks, though I’m not sure such an extreme was necessary. With the exception of the last picture in this sequence, it’s my opinion that these could probably have been left out of the book entirely. 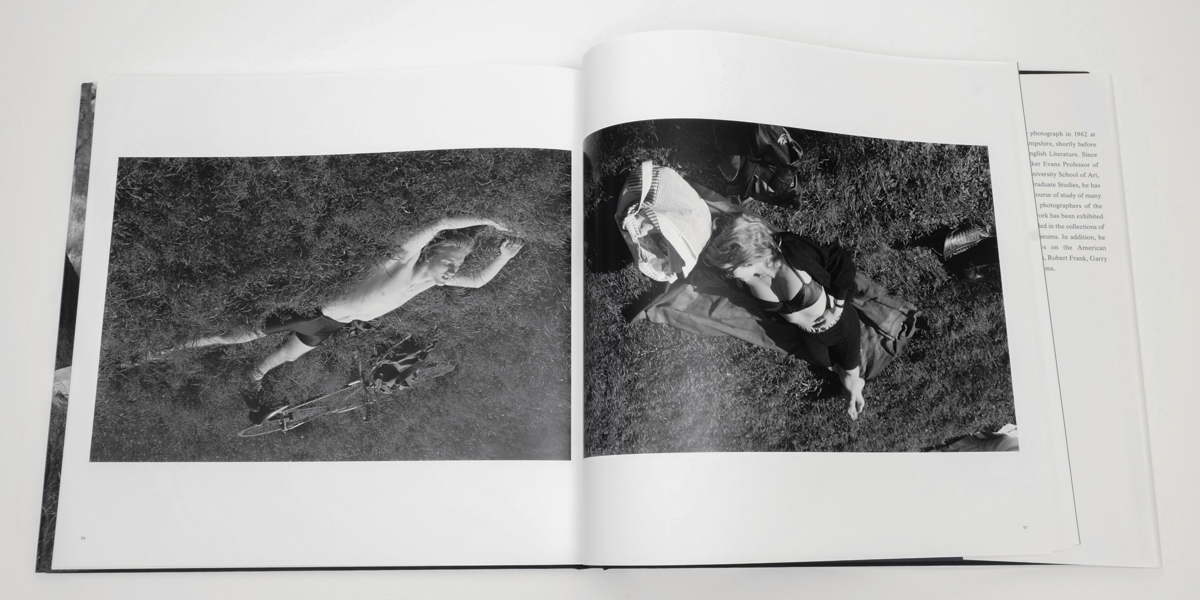 It is remarkable though that for its length and amount of pictures, the book doesn’t feel heavy with superfluous photographs. Perhaps a stronger hand at the editing table might cut 12 to 15 images. But seeing that this book represents 26 years of work and previous to its publication we had been given so little opportunity to see what he’d been up to all that time, I can forgive Papageorge his trespasses.

(This is a revised article from 5B4 Photography and Books originally posted April 23, 2007)

„Passing Through Eden“ is also available at artbooksonline.eu