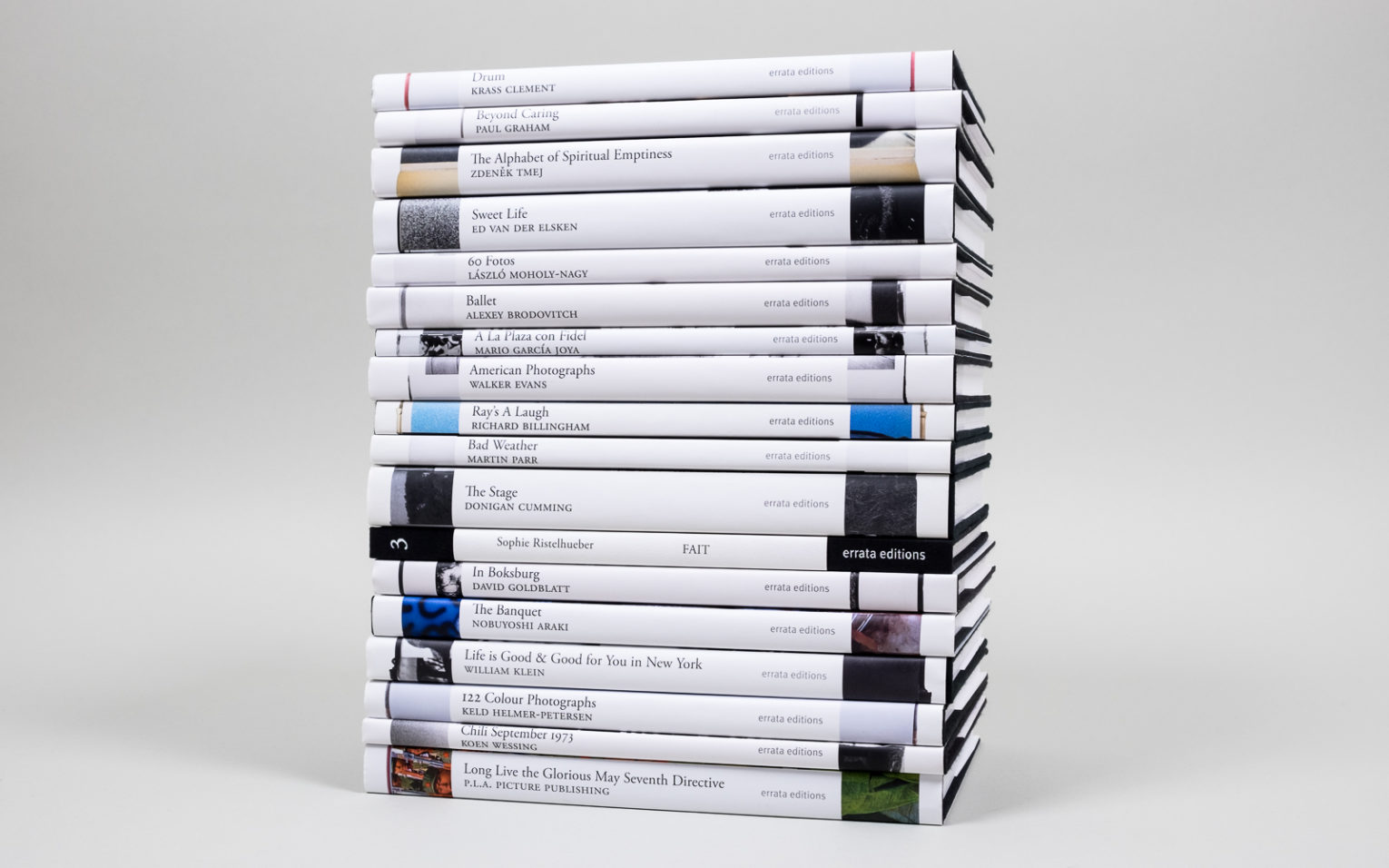 Pioneers often don’t receive the recognition for their achievements, certainly not the financial rewards and I suspect that is the case with Errata Editions, one of the most exciting imprints in the photo book publishing world. Founded in 2008, Errata Editions publishes books of educational and cultural value with a special focus on rare photography books.

I spent 20 years reprinting and recycling books relating to the history of ideas in the last century, in very small editions and at high prices, so I have an enormous amount of respect and admiration for Jeff starting Errata Editions, especially as he added huge amounts of extra value to the selected titles and all at an affordable price.

Unfortunately the books never had the distribution outside North America they deserved, although to me they rank alongside some of the histories we have had over the last few years such as the Parr/Badger volumes or the various volumes associated with Manfred Heiting.

Errata Editions really is Jeff Ladd. He not only conceived the idea but also was the editorial brain and doer behind all the volumes published so far. It is not clear yet whether there will be future volumes or whether there will be some modifications in the way titles are produced. We certainly need more reprints as the success of MACK’s recent publishing programme shows!

Below a short extract from an interview Jeff did a few years ago with the Royal Photographic Society:

“In 2008, I conceived of a series of books that would be studies of very rare photobooks that are now mostly inaccessible to students. With dozens of books books highlighting the “History of the Photobook” like Martin Parr and Gerry Badger’s The Photobook: A History Vol I, II, II and others, I found it absurd that most of the photobooks that are now considered the greatest or most influential books the medium has produced over the past 150 years are unavailable to students and newer generations of photographers because of their extreme rarity or value. Photobooks were, and continue to be, vital to my own education and maturity as an artist, and I hope that this book series can inspire students, or anyone for that matter, through seeing some of these masterpieces in their entirety.”

artbookcologne has taken over the European distribution of Errata Editions as of April 2018. Hopefully, Errata publications can now be found in many bookshops, among them artbooksonline.eu.

About the author: Rudi Thoemmes has his background in antiquarian and rare books. Located in Bristol, UK and well-connected in the British photobook community Rudi runs RRB Photobooks and the publishing division RRB Publishing, which is being distributed in mainland Europe by artbookscologne. Rudi organizes the Bristol Photobook Festival and is a board member of the Martin Parr Foundation.