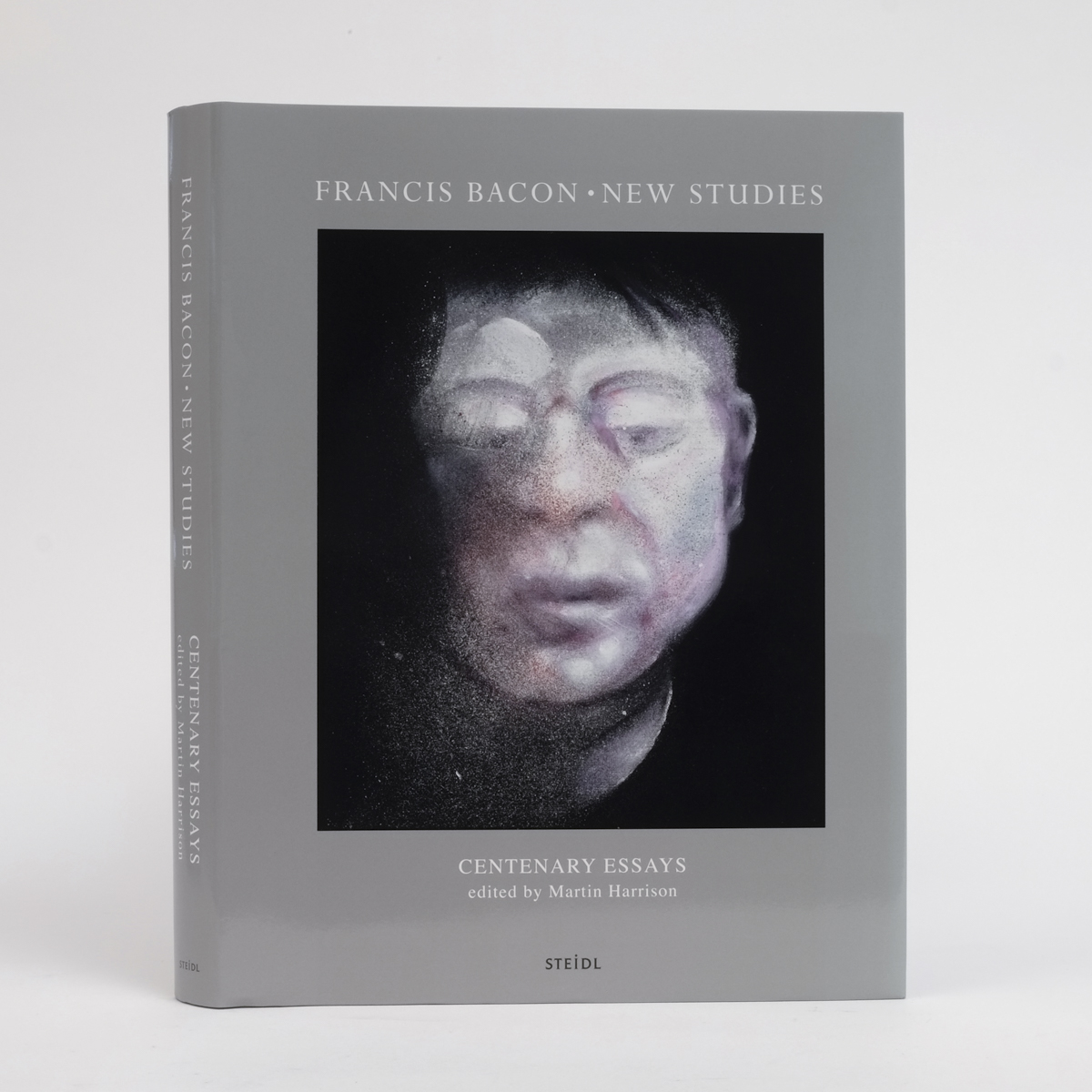 Francis Bacon barely needs an introduction. Well-known for his idiosyncratic approach to figurative painting, his screaming popes, unconventional figure studies and portraits are among the most iconic images of British post-war art. During his lifetime, Bacon strictly controlled his public image and his own ideas of how he wanted to be perceived echo distinctively in scholarship to date, such as the elusive- and false- claim that his imagery emerged ‘by chance‘. Over twenty years after Bacon‘s death in 1992, art historical research is still in the process of deconstructing the mystique the artist created around himself and his work, filling in gaps in the scant knowledge we have on his biography and painting practice and unraveling old critical misconceptions and patterns of interpretation. This process was notably facilitated by the posthumous accessibility of hitherto private material, such as the contents of Bacon‘s London studio at 7 Reece Mews, which caused a paradigmatic shift in research on his working methods.
Francis Bacon—New Studies: Centenary Essays forms a vital step towards a better and more accurate understanding of Bacon’s life and art. It was compiled to celebrate the artist’s 100th birthday on 28 April 2009 and was edited by Martin Harrison, eminent scholar on the artist, and author of the eagerly awaited Francis Bacon: Catalogue Raisonné, which is published in June 2016. New Studies offers a wealth of important new information and a wide range of original perspectives by established and emerging scholars. 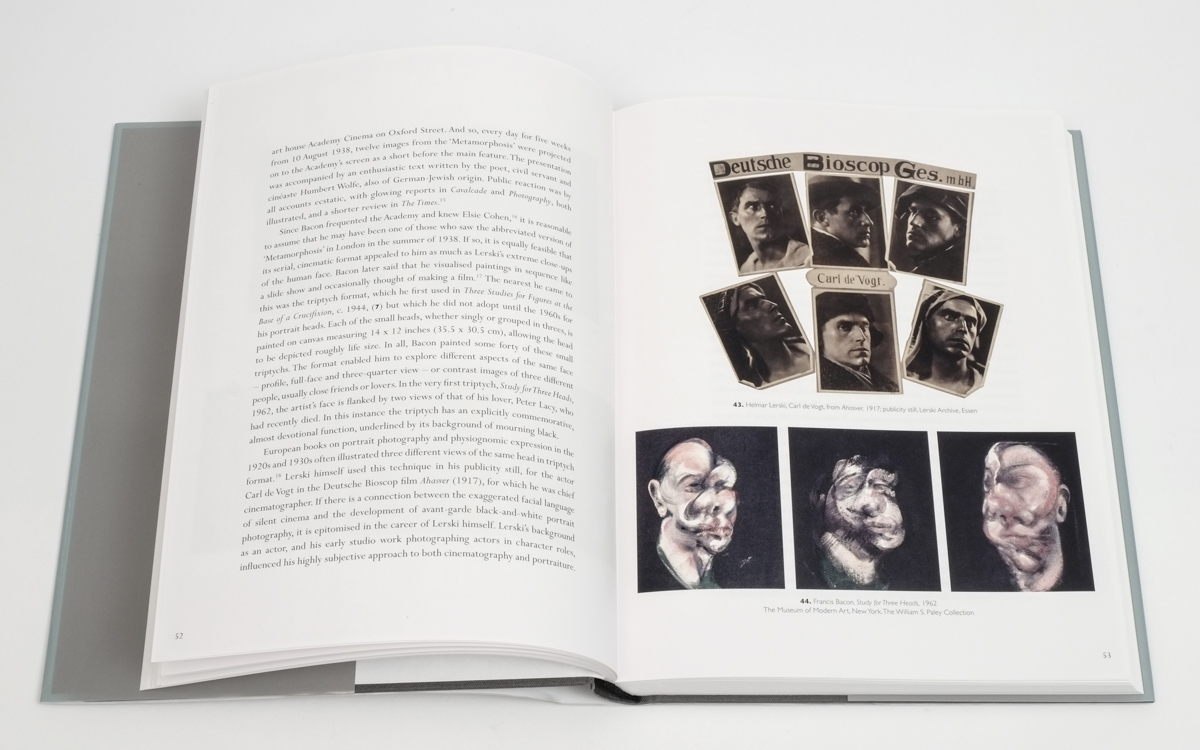 Both Richard Calvocoressi and Rebecca Daniels target underexplored formative influences. Not much is known about the beginnings of Bacon’s career in the late 1920s but Calvocoressi’s text about the connection to the German photographer Helmar Lerski offers novel insights about Bacon’s travels to Berlin during the heyday of the Weimar Republic and the significance of his absorption of contemporary European culture. Just as fascinating is Rebecca Daniels‘ investigation of Walter Sickert’s impact, a painter with whom Bacon shared the enthusiasm for ‚low art‘ sources of inspiration from newspapers and magazines and, not least, a preference for gruesome murder and crime stories. 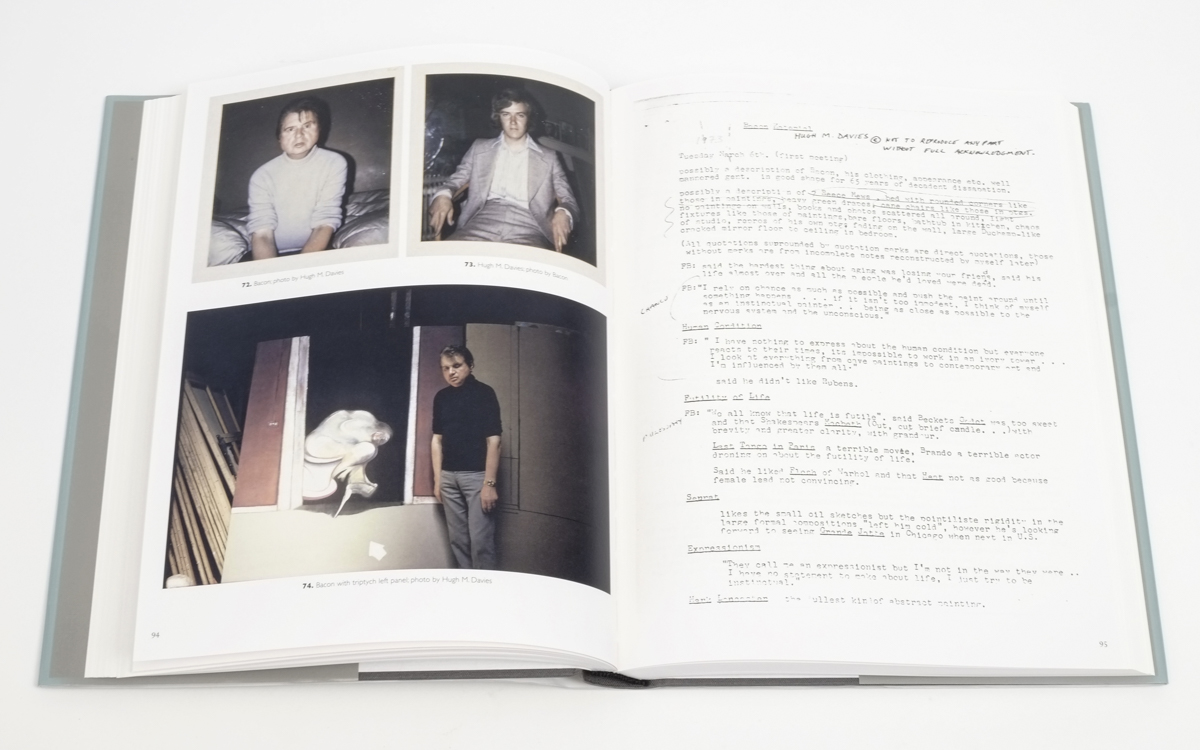 Hugh M. Davies contributed the original transcripts of his interviews with the artist in 1973. Compiled for his Ph.D. thesis Francis Bacon: The Early and Middle Years, 1928-1958, 1975, these notes not only form a valuable historical record on Bacon but also on the genesis of one of the first ever monographs on the artist. Andrew R. Lee and Brenda Marshall suggest novel readings of Bacon’s art, with the first exploring how far Bacon draws back on a Gothic pictorial tradition and might thus be considered a formal mediavalist, while the second attempts a rare psychoanalytical reading of Bacon’s art after Jacques Lacan.
Gilles Deleuze’s Francis Bacon – The Logic of Sensation, first translated in English in 2003, is one of the most influential and frequently quoted publications on Bacon, but its meaning and significance are still vividly debated. Darren Ambrose proposes we read the text as an invitation to not (mis-) understand Bacon’s figuration as representational but as a visual manifestation of an atheistic and materialist spirituality of the body, while Martin Harrison reassesses the validity of Deleuze’s ideas in light of the current state of knowledge on Bacon’s relationship to photography and his painting practice as evident from a close examination of his studio contents. 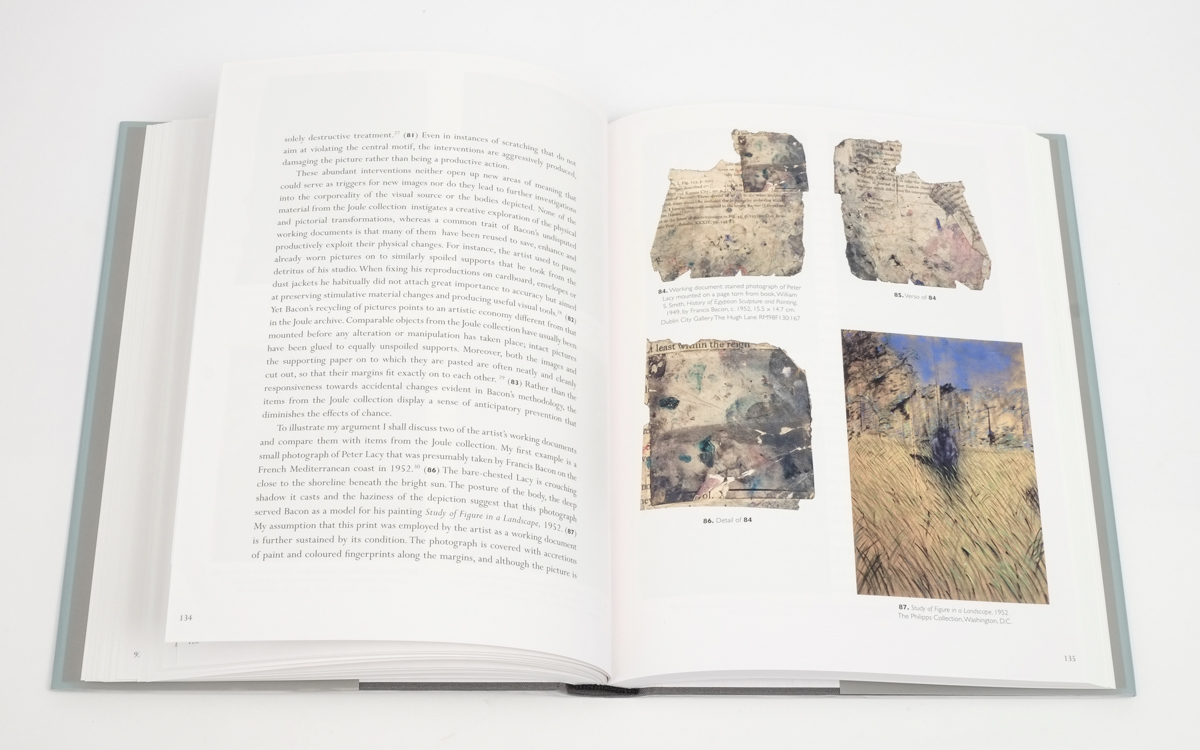 In 2004, a set of working documents supposedly coming from Bacon’s atelier were donated to Tate Britain but the authenticity of the material has not been clarified to date. In a carefully conducted comparative analysis, Marcel Finke points out crucial methodological differences in the physical alteration of those items and the battered and tattered torn leaves, crumpled photographs and paint-splattered books from Reece Mews. 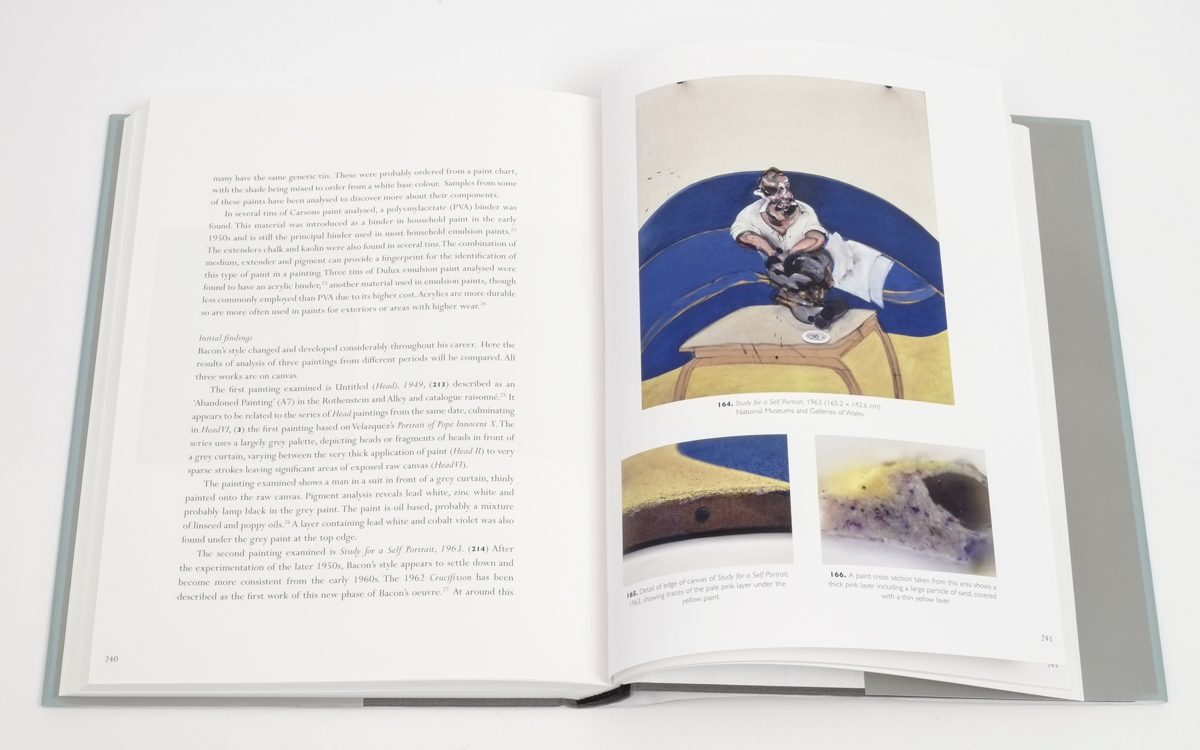 Texts on the scientific study of Bacon’s painting materials and techniques have long been scarce and barely a handful of essays existed in 2009. Joanna Russell’s paper, however, underlines their importance by pointing out parallels between the artist’s stylistic developments and the emergence of new painting materials.
The diversity of topics and angles united in New Studies illustrates the multifacetedness and depth of Bacon’s work on the one hand, but on the other highlights the necessity for more research in so many aspects of his life, art and critical reception. Despite the ever-growing quantity of literature on Bacon, to date only a few publications are as illuminating and relevant as New Studies. It will hopefully, as Harrison indicates in the foreword, be expanded some day.